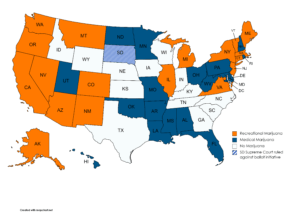 When conducting drug tests, employers have various options. These options include blanket testing, For-cause testing, and post-accident testing. These types of tests are not always required, and employers should be aware of the rights of employees who test positive. However, they should have policies that protect the health of their employees and the public.

Pre-employment drug testing is an important part of the employment process. Not only does it benefit the health of the employee, but it can also save the employer from lawsuits and discrimination claims. Drug and alcohol tests can give employers important information about the lifestyle and health of potential employees. Many employers associate drug and alcohol abuse with unreliability and lack of professionalism. Besides, the Disability Discrimination Act of 1995 has allowed employers to exclude applicants for job openings based on drug or alcohol use.

There are different types of drug testing, including urine, blood, and saliva. These tests are minimally intrusive and are generally considered harmless, if the sample is collected in a safe environment. Pre-employment drug testing is also a good way to reduce company turnover and absenteeism. Additionally, it can improve morale.

Studies show that pre-employment drug testing reduces the risk of workplace accidents and injuries. Drug-free employees are more likely to meet deadlines and stay focused, resulting in a more productive work environment. It may also qualify an employer for Worker’s Compensation Premium Discount programs. And, according to the Substance Abuse and Mental Health Services Administration (SAMHSA), it can reduce the costs of health care for employers.

The new ruling will not prohibit blanket drug testing in the workplace, but it will make it more difficult to justify drug tests based on individual circumstances. Before you can test an employee, you must have a “reasonable suspicion” that drug use contributed to an injury or illness. In addition, you need to determine whether the method of testing is sensitive enough to detect impairment. This new rule may put an end to the blanket practice of testing employees following certain accidents and incidents, but employers will still need to consider these factors to ensure that the policy is not discriminatory.

As long as they adhere to state regulations, companies in North Carolina are permitted to request drug tests from potential hires and workers. Drug tests are not mandated for employers.

When implementing a drug testing policy, be sure that all those who might be affected by the policy understand it, including company officials and lower-level supervisors. The policy should also be clear on what constitutes a violation. For example, some employers only care about drug levels above a certain “cutoff point,” while others take a “zero-tolerance” approach, which says that any number of prohibited substances is a violation.

Depending on the type of job and the location, an employer can conduct a drug test. The law governing the testing process varies by state, but many states and industries have rules governing the practice. It also depends on whether the employer wants to test an applicant or employee for drugs.

Post-accident drug testing is an important part of any drug free workplace program, and employers can often use these tests to lower their worker’s compensation premiums. The benefits of these tests go beyond reducing costs, though. These tests can also help prevent future accidents by helping employers determine the exact cause of an accident. Additionally, knowing which drugs a worker was taking during the accident can help employers develop new policies regarding the use of substances on the job. These policies can also encourage employees to report coworkers who may be under the influence of drugs or alcohol.

Post-accident drug tests are not limited to the use of illicit drugs; employers can test for as many prescription drugs as they like if they follow the SAMHSA guidelines. The best time to conduct a post-accident drug test is immediately after the accident has occurred. Ideally, alcohol-impaired employees should undergo the test within two hours of the accident, but employers can also use any reasonable amount of time after the incident.

If you are an employer in Charlotte, NC you can trust Rapidscreen123 for your pre- and post-employment drug testing. Contact us today at (704) 755-5314.