What Type of Drug Test Do Employers Use? 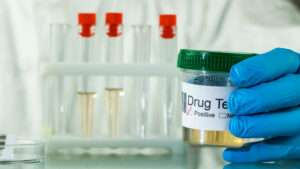 There are several different types of drug testing that employers can conduct on their employees. One is random drug testing, which occurs without advance notice and is intended to deter drug use. In random testing, subjects are drawn randomly from a pool of employees. Random testing is generally conducted once a year or on a periodic basis, such as annual physicals. Another type of drug test is return-to-duty testing, which is often performed when employees return to their jobs after extended absence or rehabilitation.

Random employee drug testing is a common practice in industries where safety is of the utmost importance. Many workplaces feature heavy machinery and tools, and intoxicated employees can cause significant damage or injury. Furthermore, failure to regularly monitor these workers may result in legal problems for employers. A smart company will post notices about random employee drug testing in key areas, such as the parking lot, break room, and pay envelope.

Random employee drug testing may be conducted by several methods, including urine testing, hair analysis, saliva, and breath analysis. Typically, workplace drug testing is done with a urine sample. The process must be documented, unbiased, and spread out randomly throughout the year. In addition, employees who fail drug tests may be required to take a return-to-duty drug test.

In addition to random employee drug testing, employers may choose to conduct alcohol testing as part of their drug screening. While alcohol consumption is not included in typical drug tests, it is important to remember that a random alcohol test may detect traces of both alcohol and controlled substances. Also, the test must follow workplace and state laws.

Hair drug tests are used to screen employees for traces of drugs. Although the test is not 100% accurate, it can detect the presence of traces of drugs up to 90 days after the last use. The method requires the user to collect a small sample of hair. This sample is then sent to a lab for analysis. The hair is then washed and examined for environmental contamination, which could affect the results. The hair sample is then analyzed by a certified medical review officer.

A hair test can detect the presence of several drugs or classes of drugs, including cocaine, amphetamines, marijuana, and opiates. Whether the test is performed on hair, urine, or saliva, the results are available within one or two business days.

This type of test can be performed on-site or at a lab. It also has the advantage of allowing for quick results. Some types of mouth swab tests can give results as soon as 24 hours. This type of test is perfect for frequent drug testing.

This type of drug test collects the metabolites released by drugs in the mouth. These metabolites are carried through the blood plasma and travel through saliva to the urine. Rinsing the mouth out with water, brushing the teeth, or using detox products cannot remove this evidence.

This type of drug test can be on-site or at a lab. The sample collection process typically takes between one and three minutes. The results of the on-site test can be available within minutes, while results from the lab can take up to 24 hours. Although saliva-based tests are not as accurate as urine-based tests, they are cheaper and easy to administer.

Testing for drugs in the urine can find signs of recent drug use or abuse. Drug misuse is the use of medication in a way that is unsafe or goes against what is recommended by a doctor, whereas drug use is the use of an illegal drug, such as heroin or cocaine.

Urine drug testing is most frequently used to check for workplace drug use or abuse. A urine drug test may be requested by an employer during the hiring process, for routine or arbitrary employee drug testing, or when there is a suspicion of drug usage due to symptoms or workplace mishaps.

Employers may choose to use a reasonable suspicion drug test as part of a drug-free workplace policy, which allows them to detect potential drug and alcohol use in the workplace. But before implementing such a policy, employers should be aware of the rules surrounding this practice. While the practice is not illegal, it can put an organization at risk for legal and operational nightmares.

The process of reasonable suspicion drug testing begins by assessing a person’s behavior and determining whether the employee is under the influence of drugs. If the suspicion is justified, management should notify the employee of the behavior observed and explain the company’s drug policy. They should then obtain the employee’s consent to drug testing. Once the employee has consented, the employee should be tested promptly. Employers should also arrange transportation for the employee to the testing facility.

Another requirement for reasonable suspicion testing is the presence of eyewitnesses. If a supervisor had observed that the employee was under the influence of drugs and alcohol, they could have prevented the accident. In such cases, reasonable suspicion requires more than one witness, and the employer must state whether it is acceptable to make the determination without any witnesses.