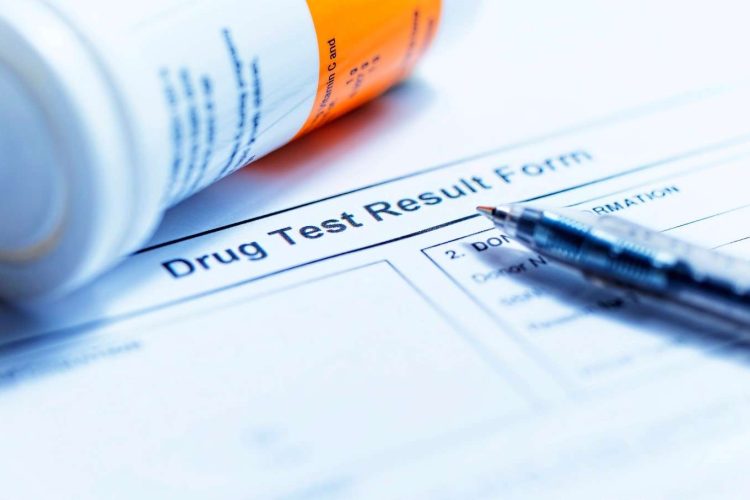 You may not realize it, but employees who drive on the job have special regulations regarding drug testing. These employees must pass a DOT drug test before starting working in that role. Some companies think this isn’t fair, but it’s the law for a good reason.

Driving is dangerous, and anyone who does it must be alert and focused 100% of the time. It’s not only about their safety but also the safety of everyone else on the road around them. These are some things you need to know about DOT testing guidelines for employers so your company stays compliant with federal regulations. Read on to learn more.

What is DOT Testing?

DOT testing is a form of pre-employment drug testing used to identify employees using drugs so they can be removed from those positions. It is most often used in driving positions but can also be used in other industries where safety is paramount. DOT stands for the “Department of Transportation”, the federal government agency that has established guidelines for employees to pass a DOT test before starting work.

There are a lot of misconceptions about DOT testing. Some people think that if someone gets arrested for a drug-related crime, the next logical step is to take a DOT drug test. That is not the case. The DOT test is a separate requirement that is part of the hiring process. A drug-related conviction will not immediately disqualify a person from a DOT drug test.

What Does The DOT Drug Test For?

To determine which drugs should be tested during employment screening, we first need to understand the different types of drug tests. In this context, there are three basic types: urine, blood, and hair.

Urine tests are the most common type of drug test. They can detect drugs that have been taken either recently or in the past. Urine tests are easier and less expensive to administer than blood tests and are less likely to be rejected on medical grounds by employees.

Blood tests detect only recent use of drugs, but they can be used to rule out the use of specific drugs that can be detected only by blood tests. These include marijuana, cocaine, opiates, and amphetamines. Hair tests are the most expensive and the least common type of drug test. They detect drugs that have been taken within the past 90 days.

Why Is There A Need For DOT Testing?

First, it’s essential to understand that DOT testing guidelines are set by federal law. Employers can choose which employees they test, but they must follow the guidelines. The main reason DOT testing is required is that driving is a safety-sensitive occupation. If a driver is under the influence of drugs or alcohol, they are a hazard to themselves and others on the road. The DOT test is one way to ensure that drivers are not impaired by substances that could impair their ability to drive safely.

There are plenty of other professions where drug use would be a hazard, but DOT testing is only required for certain occupations.

Who Needs To Be DOT Compliant?

You may have heard that “all employers must be DOT compliant.” That’s not exactly true. There are some industries where drug testing is required by NC drug testing law, but most industries are not required to use DOT testing. Any employer who hires someone in a DOT-regulated industry must follow DOT testing guidelines.

The industries with DOT regulations are:

What Are The Requirements Of A DOT Drug Test?

Who Is Exempt From These Rules?

Not all workers have to be DOT compliant. Only certain employees are required to take DOT drug tests. The rest of your staff can be subject to standard drug testing. For example, some workers are exempt from DOT drug testing if they don’t operate vehicles or other equipment involved in the movement of goods across state lines.

If a worker’s job doesn’t require them to drive on the highway, they might be exempt from DOT testing. If your business employs many employees who don’t travel on major roads and highways, you might want to consider standard drug testing. This way, you won’t have to deal with the extra red tape surrounding DOT drug testing.

It’s important to note that employers can’t pick and choose which employees to drug test, regardless of the type of drug testing. All employees who fall under DOT testing regulations must be tested by a drug testing center Charlotte NC.

How To Stay Compliant As An Employer?

If your business hires employees in DOT-regulated industries, you will need to follow DOT testing guidelines. You can avoid a lot of hassle and heartache if you follow the rules from the beginning. That means finding a certified drug testing center near me to conduct DOT tests and choosing the correct type of test for each employee.

Make sure your employees know what substances they are being tested for and put the correct time frame in place for the test. If the lab you are using doesn’t meet the DOT Drug Testing Requirements 2022, you should find new drug testing centers near me.

Stay focused on safety, and make sure your employees are safe while they are driving and while they are on the job. It’s a small price to pay for keeping everyone safe and helping your business to thrive.

Drug testing is an important part of worker safety and company compliance, and most employers require employees to pass this test before starting work. While most businesses require standard drug testing, some industries require DOT testing. Some of the key differences between the two types of testing are the cutoff level for a positive result, the type of drugs that are tested for, and who performs the test.

Operational employees working in transportation industries like commercial trucking, public transportation, and railroads need to pass a DOT drug test before starting working. These employees operate vehicles on public highways, and they must be sober while doing so.