The Advantages and Disadvantages of Rapid Drug Testing 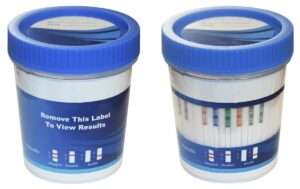 Rapid Drug Testing is a highly accurate way to detect drug use. However, it is important to note that this method is not foolproof. No laboratory test is 100 percent accurate. Therefore, the results cannot determine how much of a substance a person has abused, how long the drug has been in their system, or what type of substance they’ve abused. As a result, federal agencies do not accept rapid drug tests. In addition, employers must rely on clinics to report results, which often delays drug screen turnaround times.

Rapid Detect drug testing kits use a qualitative, competitive binding immunoassay method to identify drugs of abuse. These tests are a quick, easy, and affordable way to ensure a substance-free work environment. They are available in five, six, and ten panel versions, and are FDA cleared. Additionally, they come with free urine cups and duplicate drug test report forms. Rapid Detect test kits are easy to use and maintain and can be used in any setting that employs drug screening.

Rapid Detect drug testing is not a substitute for lab-based testing. While the results of rapid tests are immediate, lab-based tests may be more accurate. Mass spectrometry confirms positive or negative results within 48 to 72 hours. Rapid tests can screen for two to twelve different drugs. Lab-based tests screen for a wider range of substances and offer more protection to individuals and companies. Both methods are comparable in cost.

The eCup Rapid Drug Testing device uses digital technology to read the lid of a plastic cup to detect the presence of a variety of drugs. This technology is also able to record patient and collector signatures electronically, making the process more accurate and efficient. Result reports are automatically generated, and negative results can be provided within 15 minutes. This system is available nationwide, and is certified by SAMHSA.

The eCup Rapid Drug Testing service is a patented product from eScreen. This technology uses a patented collection site screening method to reduce the risk of false positives. The test can detect current or past use of amphetamines, cocaine, opiates, and PCP at the SAMHSA 5 cutoff level.

DrugWipe Rapid Drug Testing kits are designed to detect drug and alcohol use in a single test. They can be used in a wide range of environments and have high accuracy rates. Moreover, they can work in a range of temperatures ranging from 5 to 40 degrees Celsius. This is an added benefit for those conducting workplace drug testing programs.
The device is easy to use and practical. Although it may not be sensitive enough to detect cannabis, it is acceptable for testing most drugs of abuse.

Rapid drug testing is an easy and quick way to detect drugs in your body. It uses an immunoassay method based on the interaction of a target and antibody to identify drug concentrations. These tests are not as accurate as urine tests or blood tests, but they have some advantages. They are less expensive than laboratory screening and provide results in less time.

The lateral flow Drug Screening Cartridge yielded high percentages of drug detection and comparison to LC-MS-MS analysis. The accuracy ranged from 98.7% for THC to 93.3% for morphine and amphetamine. The test requires only 5 seconds for a fingertip sample and 10 minutes for the analysis.

If you’re looking for a way to test for drugs quickly, lab-based tests may be the answer. These tests have numerous advantages over instant tests, including fewer false positives and more reliable results. In addition, lab-based tests can be used by companies and law enforcement departments alike.

These lab-based tests use various technologies to confirm the presence of certain drugs in the samples, and the results are generally available in a matter of hours. A majority of the tests result in negative results, so the fast turnaround time of lab-based tests makes them an ideal choice for jobs that require accurate and rapid results.
Rate of positive tests

According to a new study, the rate of positive rapid drug tests for illicit drugs among American workers reached a 20-year high in 2021. The positive rate for marijuana has increased by double digits across nearly every category of employee testing. Conversely, the rate for opiates has declined.

The study results have implications for employers who are considering drug testing policies. For example, while federal guidelines do not have threshold levels for positive results, drug cheaters have developed a number of techniques to make sure they don’t come back positive. For example, some people dilute urine samples to avoid being detected. However, there is no scientifically proven method to detect drug use with 100 percent accuracy, so the study findings should be considered preliminary.

Rapid drug tests, also known as instant drug tests, are used to detect various types of drugs in just a matter of minutes. They work by dipping a card into a specimen, which changes color to show a result within a few minutes. They screen for a variety of drugs, including amphetamines, barbiturates, benzodiazepines, cocaine, marijuana, methadone, opiates, and more. However, they are not foolproof and can result in incorrect or inaccurate results.
There are no federal laws that prevent employers from testing employees, but state laws can restrict employers’ use of these programs. As long as they adhere to state regulations, companies in North Carolina are permitted to request drug tests from potential hires and workers. Drug tests are not mandated for employers. If you are needing a Rapid Drug Test in Charlotte, NC you can count on Rapidscreen123.